Our aim is to take every opportunity to enhance the learning of our pupils of all abilities in the classroom and outside it.

This is at the core of our programmes for enrichment. The Buchan Badge, Baccalaureate and after-school clubs are central to this and there are many opportunities to try new challenges. 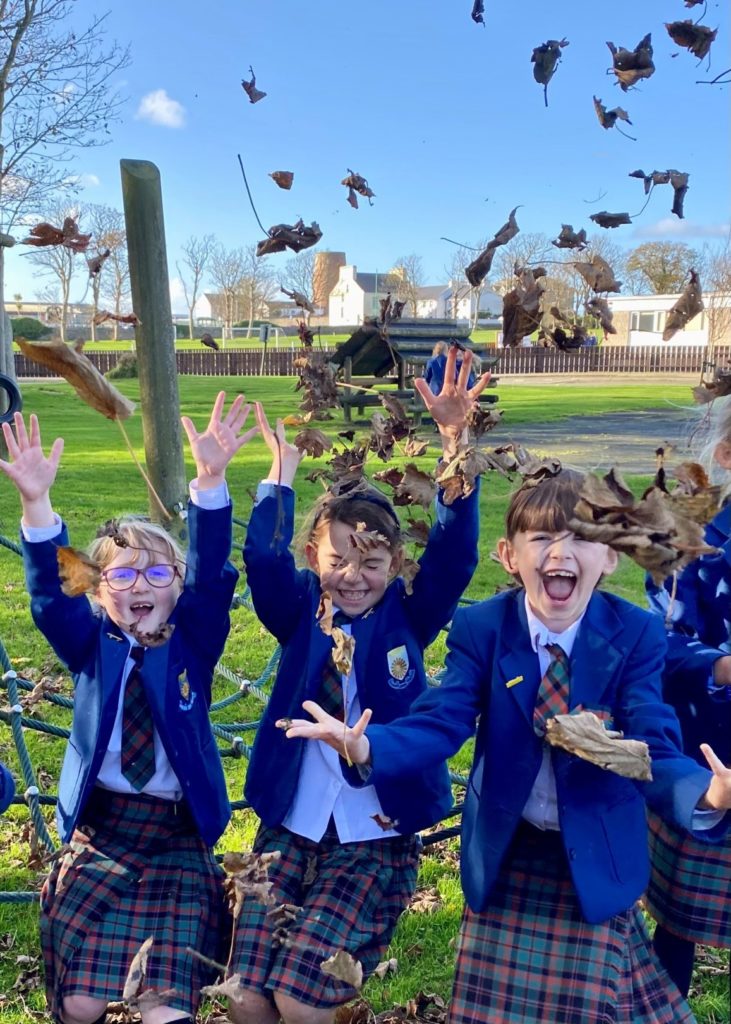 Each term there are a variety of extracurricular activities available to our students which cover a range of interests and skills. Our after-school clubs are the perfect way to try something different and develop a new skill. The clubs are offered every day from 3.30pm until 4.30pm. 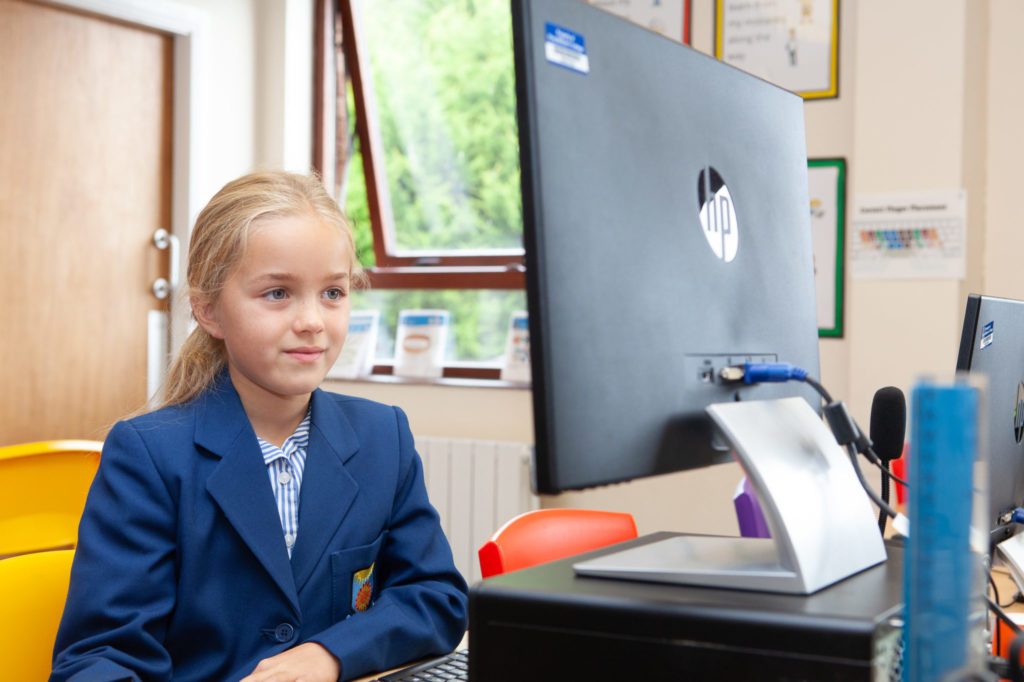 Our large wooded area is perfect for outdoor adventures where children are able to use their imagination, develop vital physical skills and enjoy all that nature has to offer. Learning whilst playing in the outdoors is key to the curriculum at The Buchan School. 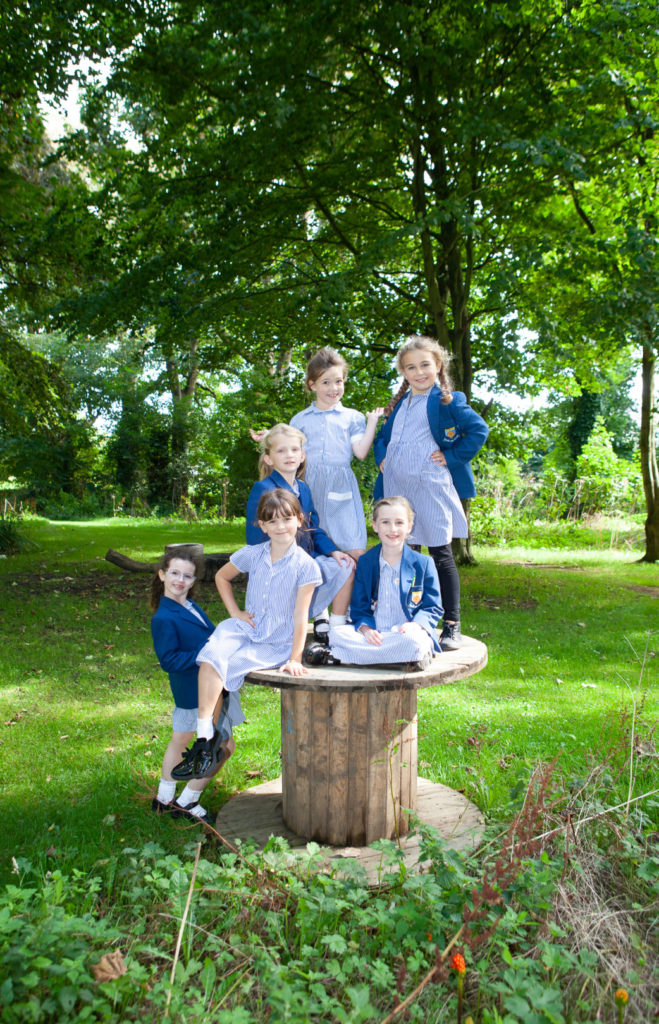 The school hosts art exhibitions of the students’ work and organises specialist school trips to venues including art galleries and theatres. There is also the opportunity for entry into numerous art competitions. 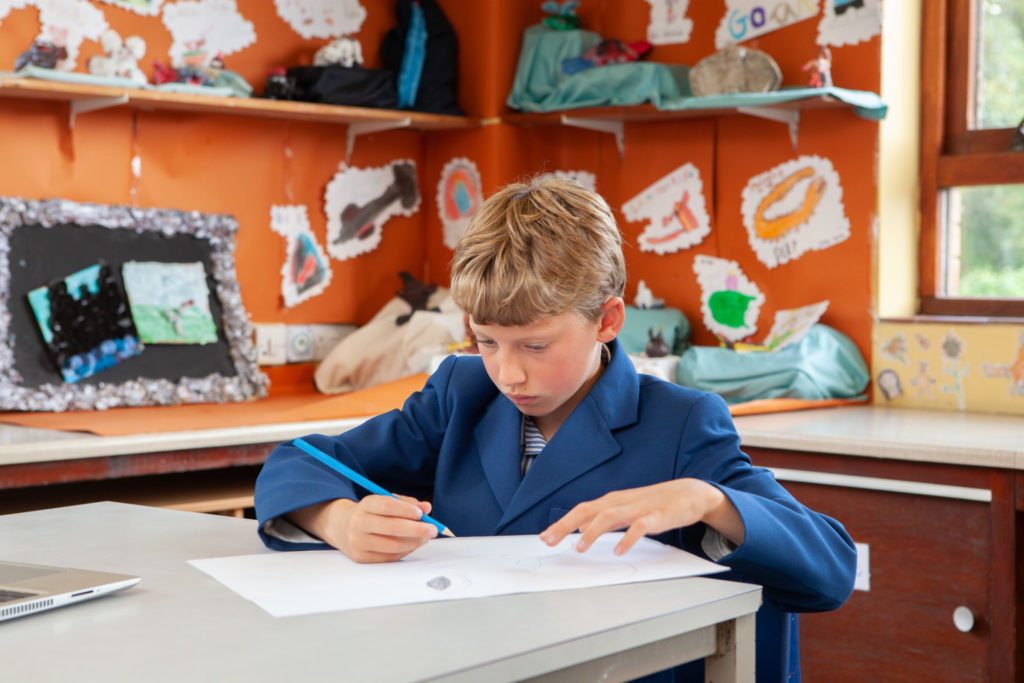 Drama plays a vital role at The Buchan School and is an enormously popular part of the curriculum. In Pre-Prep children have a Drama lesson each week which builds confidence, articulation, group skills and interactive storytelling, with a focus on engaging fun activities. From Pre-Prep 1 the children begin learning about the origins of Drama and theatre in ancient Greece and Greek myths. This continues through to the Renaissance and the mask work of Commedia dell-Arte and even an introduction to Shakespeare through the fun of A Midsummer Night’s Dream and The Tempest. Pre-Prep Drama lessons are an important part of their rounded education and development as a whole. In addition to the weekly lesson, Prep children take part in the subject during their specialised Buchan Baccalaureate time. Each group tackles a creative challenge. Form 1 are thrown straight in at the deep end and make their first short film which involves devising, filming and editing, as well as performing. These are all available to see on our own school YouTube channel.

The children have previously created everything from their own silent films, inspired by Charlie Chaplin and Buster Keaton, all the way to superhero epics, where they have used green screen technology to fly through the sky.

Form 2 tackle the classics and have an introduction to the work of Shakespeare where they create a public performance of several scenes from one of the plays. Form 3 get to go behind the camera to create, devise and present a light-hearted current affairs programme with Buchan News. This is one of the most popular projects and the whole school looks forward to another episode of the hilarious and anarchic show. Form 4 put a huge amount of time and effort into producing a full scale production at the end of the summer term. This takes a full year of work and every child in the year group is involved.

The shows are written and adapted especially for them and have included Tintin and the Box of Doom, Neil Gaiman’s horror comedy Coraline, a punk rock The Tempest, The Worst Witch, and a St. Trinian’s inspired The Baffling Case of St Wotsit’s Treasure, which are performed in our own open air theatre in our central rose garden. We also offer preparation for LAMDA exams in choral speaking, solo performances and acting.

Music thrives at The Buchan School and plays a large part in the ethos and overall vision of the school. We strive for excellence in all aspects of Music and actively encourage creativity of expression. Children can learn and perform on a variety of instruments both individually and with others and are able to sing in choirs, groups and with the school staff.  As a Christian school, students have the opportunity to take part in the Chapel services during festivals and special events and are also invited to participate in competitions and concerts, both on and off the Island.  Visiting speakers include musicians from the UK, along with local talent across a number of musical genres.  Our aim for musicmaking at The Buchan School is to promote a sense of community and team work with a shared goal and foster feelings of pride, joy and achievement at its fruition. 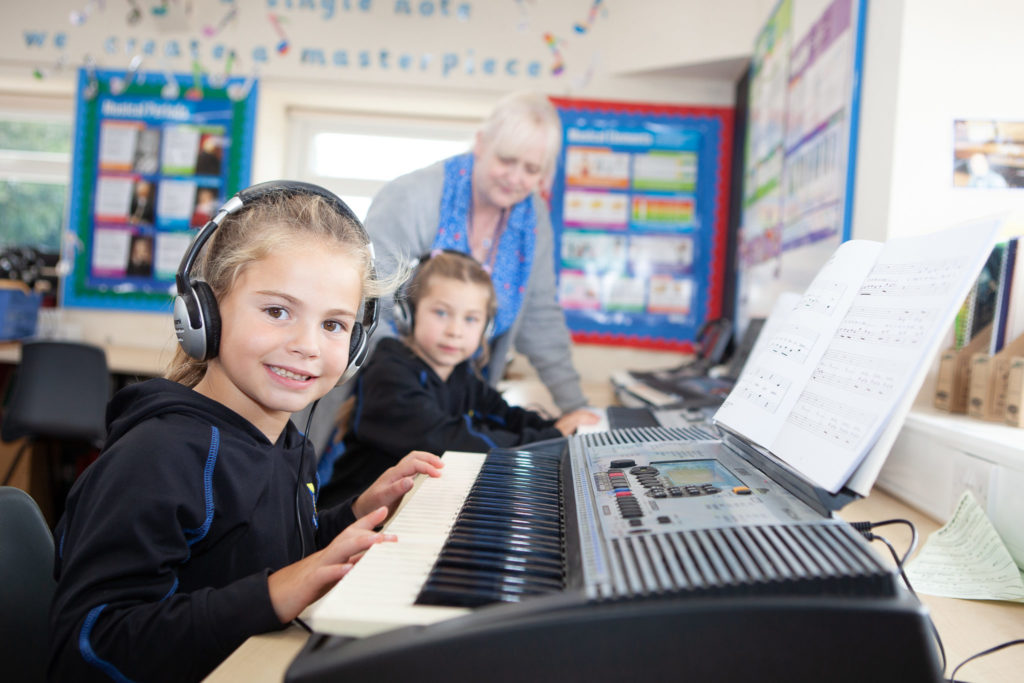 Through Sport our children have many opportunities to thrive and flourish. There are regular clubs for all core sports during lunchtimes and after-school and a full programme of Inter House sport competitions throughout the year. The school stages an annual Triathlon and Duathlon, Quarter Mile Swim Challenge and a traditional and fully inclusive Sports Day and Swimming Gala. There is a fitness and cross-country programme and swimming lessons are delivered throughout the year with specialist teachers. There are numerous competitions and matches with other local schools and we host termly sport tours to the UK competing against both Prep and Independent schools. Every Saturday morning the school hosts rugby training and competitions with local rugby clubs and each year there is a day trip to Manchester for skiing and a bi-annual ski trip to Europe for Form 3 and Form 4 pupils. The school has the use of specialist facilities at King William’s College and there are additional training opportunities for students with top Island and mainland coaches. 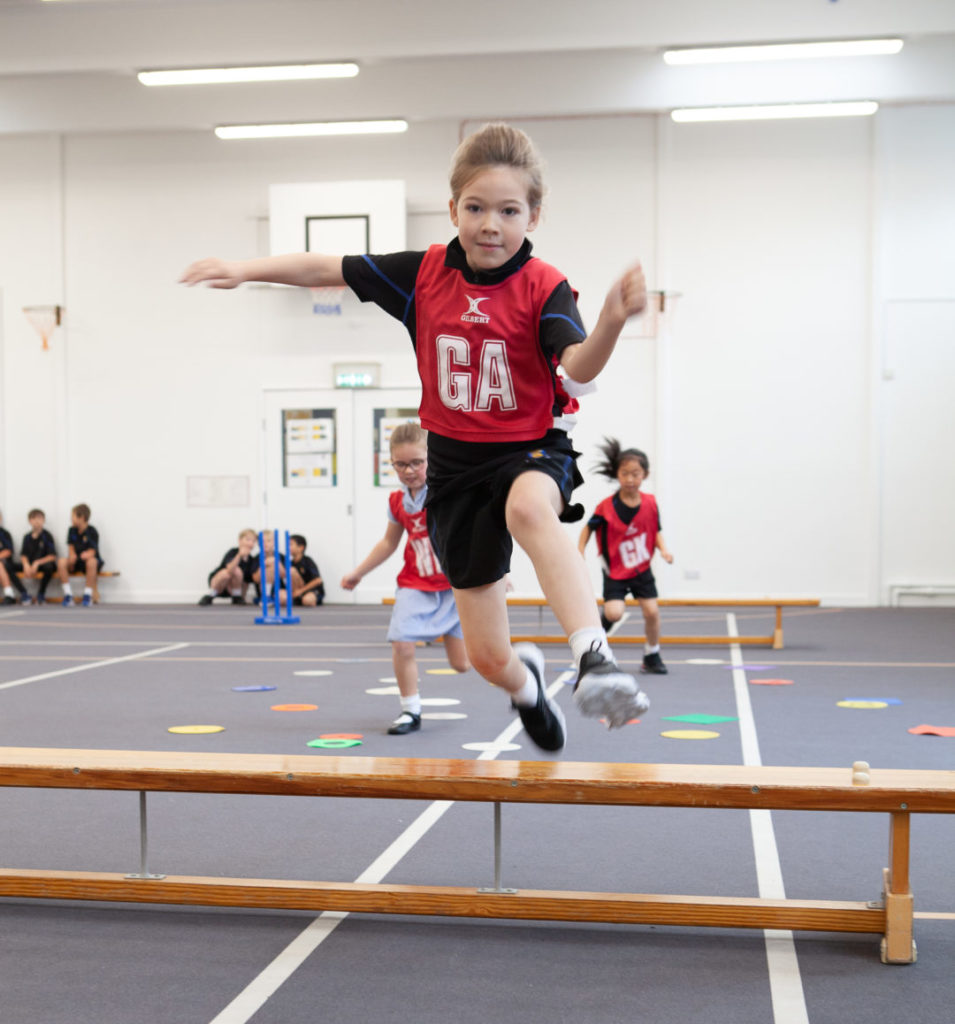 HEAR FROM OUR STUDENTS

“I have really enjoyed the Buchan since I started in Form 3 (Year 5). I remember my taster day when I had lots of help from pupils showing me around the different lessons. Miss Cain is one of my favourite teachers of all because she always makes my day and has very funny poems that she makes up and Mr Duncan is our Drama teacher and has a great sense of humour.” 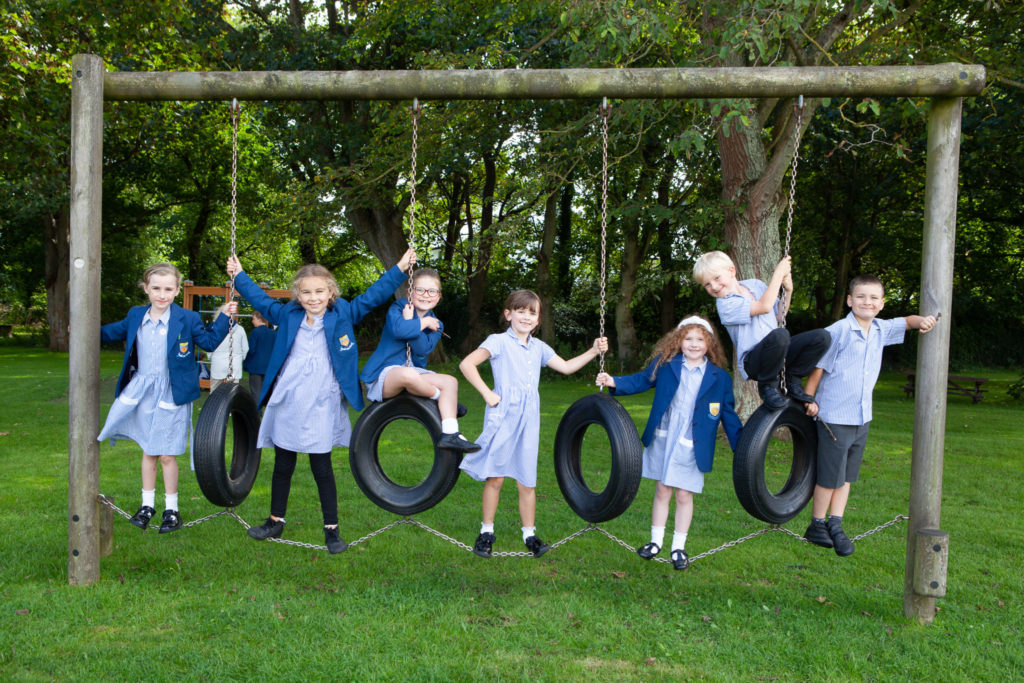